Get the app
QUICK LINK TO CONTENT
What is Bitcoin?
What is Litecoin?
What is Ethereum?
What is Blockchain?
Buy Bitcoin
Buy Ethereum
Buy Litecoin
Crypto Basics
Market News
Guides

And why do you need it?

Navigating the new found cryptocurrency industry can take you to different spectrums of excitement and then complete overwhelm. We’re here to change that and offer you a convenient and safe solution to all your crypto needs, from education to buying to spending. Let’s start at the very beginning and first establish what is crypto.

Crypto at a glance

Cryptocurrencies are essentially digital forms of money, allowing users to buy, sell and spend as they please, from wherever they might be in the world. Cryptocurrencies allow for the seamless exchange of value, requiring only an internet connection and a viable wallet. Since the advent of Bitcoin in 2008, over 7,000 cryptocurrencies have emerged, each aligned with where the future of money is headed.

Crypto might only have been around for over a decade, but the powerful nascent technology has witnessed incredible growth. These digital assets have proven to be a prized store of value, with investors making incredible gains on merely purchasing and holding the assets. In just 11 years the cryptocurrency industry has built over $360 billion in market value.

Understanding Crypto: How is it useful?

Created as a response to the economic devastation of the Global Financial crisis, cryptocurrencies operate entirely on their own, under no control of a government or financial institution. The network is maintained by operators around the world that work independently to ensure the smooth running of the system, including verifying transactions.

Cryptocurrencies facilitate the movement of funds from one corner of the globe to another in a matter of minutes, fast exceeding the options available when moving fiat funds. Transcending borders, cryptocurrencies take the same amount of time and cost to move between small and large international spaces.

What is Blockchain, and what does it have to do with Crypto?

In order to understand what is crypto, one must understand what is blockchain. Blockchain is the technology behind cryptocurrencies that allows them to function autonomously. The technology is made up of “blocks” which hold transactional information and are linked together in chronological order. Blockchain technology is transparent, meaning that anyone can view the transactions and acts as a giant public ledger. The technology is also designed to be immutable, so no-one can go back and change the records without the entire network getting notified, and ultimately rejecting this attempt.

Where did it all begin? A brief history of Cryptocurrencies.

If you’ve heard of cryptocurrencies, you are likely to have heard of Bitcoin. Bitcoin is the first cryptocurrency, and the first financial use case of blockchain technology. Created in 2008 by an anonymous entity, Satoshi Nakamoto, Bitcoin and blockchain were introduced to the world. Following the global recession that began in 2007, Nakamoto (whose identity remains a mystery even to this day) designed a peer-to-peer financial system that could bypass the need for central authorities and financial institutions. Bitcoin enables users to send value from one user to another through cryptography. Transactions are secure and anonymous while also transparent, meaning that anyone knowing a specific wallet code can see the transactions made. Wallet codes are 26 alphanumeric characters and hold no personal information attached to them. Bitcoin was designed using open-source code, so anyone could see how the cryptocurrency was designed, and recreate their own version. This initially was quite slow, however in 2017 in the ICO boom many cryptocurrencies emerged. Of the top 5 cryptocurrencies by market capitalization, Ethereum was launched in 2015, while Tether was launched in 2014 (as RealCoin), and Ripple in 2012 (initially as OpenCoin). 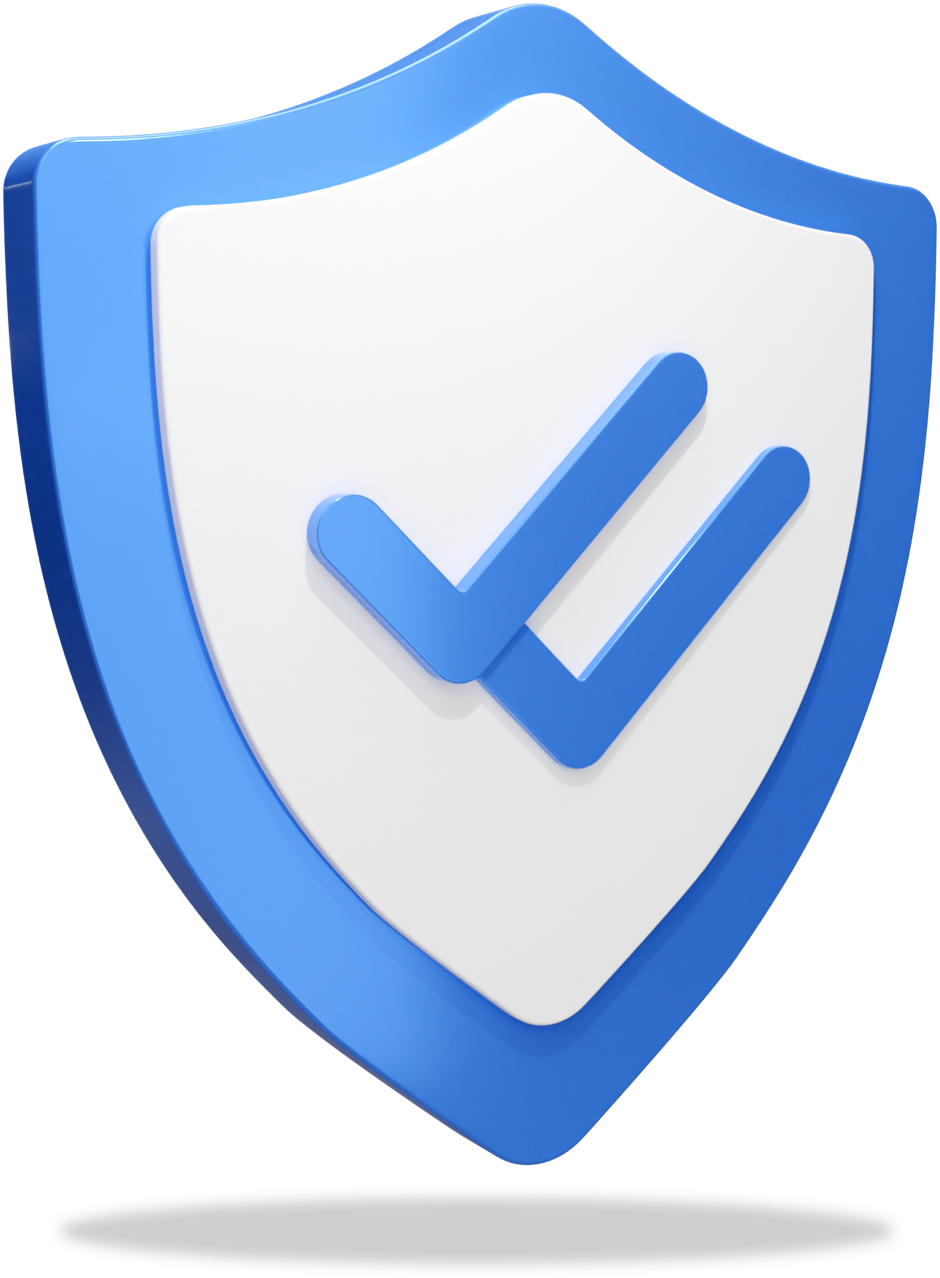 Why Tap Global is the answer to your Crytpo needs

Buy a little, buy a lot: We can process transactions as small or as large as you want.

Convenient Ways to Pay: Cash, crypto and more: It's always easy to pay with TAP Global.

Secured and Insured: We secure and insure your money, so you're always safe with us.

How do Cryptocurrencies work? Understanding Crypto.

A common question when understanding what is crypto is how exactly do they work. Let’s look at Bitcoin as an example. The network is run by decentralized nodes (computers) around the world that verify transactions and add them to blocks, which are then added to the blockchain. This new block is shared with the entire network, and every one adds the block to their record. The process of verifying transactions, and creating new Bitcoin, is called Mining. Bitcoin mining involves solving a complicated computer puzzle and the first miner to do so verifies the transactions and receives the mining reward. Some cryptocurrencies use other methods of verifying transactions, however they are (mostly) all decentralized and use the same network of nodes. If someone were to try to add false information to the blockchain, the other nodes would pick this up and reject the block. Should someone try to spend the same Bitcoin or crypto twice, the network picks this up and rejects the second transaction. Should a bad actor get hold of your cryptocurrency, there is nothing stopping them from spending the funds should you not use them first. As there is no central authority in control that can refund your crypto, the funds are gone forever.

What are transaction fees?

When sending cryptocurrency, users are required to pay a transaction fee. The amount may vary from crypto to crypto, but the concept remains. These fees are used to pay the miners who verify the transaction, and as the entire system is decentralized, go directly to the miners pockets. As mining requires computing power, these fees compensate for both their time and electricity. Each platform uses different structures to determine the fees, however you can expect to pay a small fee when sending crypto.

How to buy Cryptocurrencies

If you’re looking to enter the cryptocurrency market, buying cryptocurrency is easier than you might think. There are plenty of exchanges that facilitate the purchase of cryptocurrencies, make sure that you find a reliable one. Tap offers seamless, split second access to crypto through the Android and Apple apps. Users can buy crypto by funding their account either through bank transfer or debit or credit card. The platform also offers a storage solution, allowing you to buy, store and manage your cryptocurrency from one safe location.

What you'll need to buy Crypto

All reputable platforms that facilitate the buying and selling of cryptocurrency will require users to complete a KYC verification. Anyone looking to buy crypto will also need a wallet in which to store the crypto, some platforms might offer this as part of the service. KYC KYC stands for Know Your Customer, and is a requirement for both institutions and individuals in order to ensure that institutions aren’t facilitating transactions used for illicit trading or financial crimes. The process is normal, and shouldn’t take more than a few minutes. Be wary of exchanges that don’t require KYC. Crypto Wallets If you’re buying cryptocurrencies from an exchange that doesn’t offer a wallet service, you will need to create one yourself. Creating a crypto wallet is easy, all you need to do is determine which type of wallet best suits your needs. See more on crypto wallets below. Tap offers seamless, split second access to crypto through the Android and Apple apps. Users can buy crypto by funding their account either through bank transfer or debit or credit card. The platform also offers a storage solution, allowing you to buy, store and manage your cryptocurrency from one safe location.

What are Crypto wallets?

There are several different types of wallets that users can use to store their crypto. Different wallets store different cryptocurrencies, so it's best to ensure that the wallet functions with the crypto you’re looking to trade. There are two main types of wallets: cold wallets and hot wallets. Cold Wallets store your crypto offline and can either be via USB or paper wallets. The codes are stored offline and are out of reach for hackers. Hot Wallets on the other hand are online and connected to the internet. These wallets can be in the form of desktop programs or apps, and allow for fast access and quick usage. When establishing which wallet is best suited to your needs, consider what you will be doing with the crypto. For instance, if you are looking to day trade your crypto, a hot wallet is a better option, while if you are looking to store your crypto long term then a cold wallet might be better suited to your needs. Tap offers a secure, offline vault solution for all your cryptocurrencies. The funds are kept in cold storage, with a small percentage of crypto kept online to facilitate trades immediately. The cold storage solution is also authorised by the Gibraltar Financial Services Commission, ensuring that assets are secure and insured up to €100 million. This flexible cold storage solution ensures that your funds are kept in a hyper secure location, while still being able to access them whenever you’d like.

Why Tap Global is the best for buying Crypto

With Tap Global you can buy Ethereum anytime, anywhere, with our easy to use and secure app. With us, you can track markets and keep up to date with the latest changes to make sure you get the best price.

Tap Global is a digital wallet with a difference. Your cryptocurrency assets are always secure and always accessible, allowing you to hold them when you want, and be certain that they’re safe.

It’s important to be able to sell when the time is right, and with Tap Global that’s never been easier. Our app is the perfect platform for selling cryptocurrency at the perfect time, and making sure you get the most for your money.

It used to be hard to spend cryptocurrency, but the Tap Global Prepaid Mastercard makes it easier than ever. You can pay for purchases with your cryptocurrency without having to worry about transfer times and steep charges.

For experts and amateurs alike

Whether you’re an expert crypto investor or a first timer in the world of cryptocurrency, the Tap Global app is where you need to go. We’re at the forefront of cryptocurrency security, and our digital wallet is as safe as you can get. You can easily buy and sell currencies on our secure platform for only the cost of purchase, so you’ll get the best possible deal.
‍
Even better, with our Prepaid Mastercard you can easily spend your cryptocurrencies when you need to, without having to go through the trouble of converting them.If you’re looking to enter the cryptocurrency market, buying cryptocurrency is easier than you might think. There are plenty of exchanges that facilitate the purchase of cryptocurrencies, make sure that you find a reliable one.

Tap offers seamless, split second access to crypto through the Android and Apple apps. Users can buy crypto by funding their account either through bank transfer or debit or credit card. The platform also offers a storage solution, allowing you to buy, store and manage your cryptocurrency from one safe location.