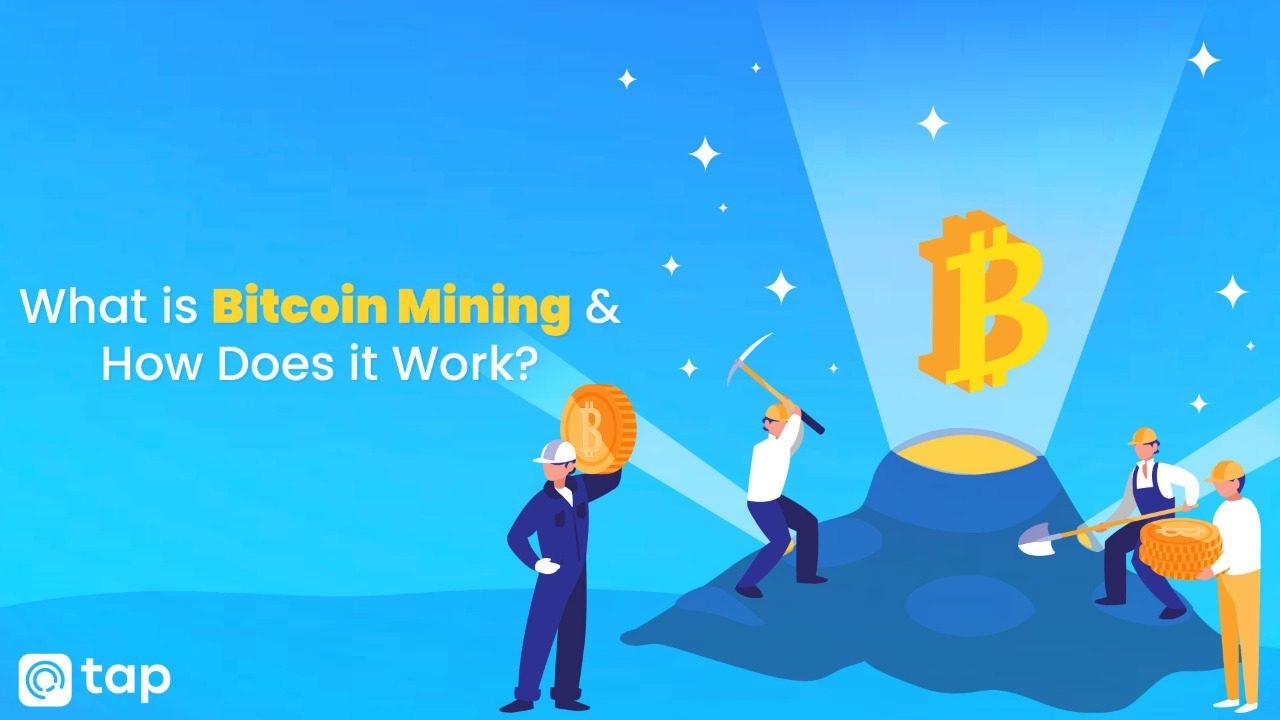 What is Bitcoin Mining and How Does it Work?

What is Bitcoin Mining and How Does it Work?

What Is Bitcoin Mining?

Forget about shovels and dark tunnels, Bitcoin mining is the decentralized manner in which transactions are verified and new coins are minted. Mining also plays a vital role in the maintenance and operation of the network, ensuring both the security and integrity of the platform at all times. The actual process of Bitcoin mining involves miners using sophisticated computers to solve complex cryptography problems.

The Bitcoin network is made up of a number of nodes (computers) and miners around the world that communicate with each other and constantly share the updated record of the blockchain. The blockchain stores all transactions in a transparent and immutable manner, allowing anyone to view it from wherever they are, however, no one can make any changes.

How Does Bitcoin Mining Work?

Let’s say someone in Japan wants to send money to someone in America through the Bitcoin network. The user in Japan would initiate a transaction from their chosen wallet, pay a network fee, and execute the transaction. This transaction would then enter a mempool, a pool of transactions that are waiting to be confirmed. Typically mempools work on a “first come first serve” basis, however, users can opt to pay a higher network fee should they want to push their transaction further forward in the que.

Miners will then pick up a number of transactions in the mempool and attempt to solve the complex cryptographic puzzle that will lead them to mining the block. The first miner to solve the puzzle is rewarded with the task of verifying the transactions and adding them to a block, in turn receiving the network fees as well as the block reward. Each block on the Bitcoin network can hold 1MB of transactional data.

While many miners will attempt to solve the math problem using their own resources, only one miner will be successful. This has sparked a conversation, largely fueled by Elon Musk’s recent tweet, over the electricity consumption it takes to mine Bitcoin. Tesla, the company that Musk heads, recently withdrew Bitcoin from their payment options due to the un-eco friendly manner in which the network operates, as it goes against their company ethos.

Once the miner has verified the transactions, ensuring that the wallet addresses exist and that there are available coins in the senders’ account, all the transactions are added to a block. This block is then added to the blockchain after the most recently added block, each block indicating the hash code of that block and the block before. This ensures that no one can tamper with the order or edit the content of any blocks.

The user in America will then receive a notification confirming that their wallet has received the BTC, however it will need to go through three confirmations (sometimes more) before being accessible. Each confirmation is represented by a new block added to the blockchain following the block with your transaction.

What Is A Block Reward?

The block reward is a monetary reward given in Bitcoin to the miners for adding a new block to the blockchain. It is also the process used to mint new coins and in the process enter them into circulation. Alongside the block rewards, the miner responsible for adding the new block to the blockchain will also receive the network fees of each transaction verified within that block.

This makes Bitcoin mining a lucrative endeavour, however, the start up costs are significant and your success rate will depend on the equipment, power, and cost of electricity in your area.

What Is The Halving Mechanism?

As Bitcoin will only ever have 21 million coins released, Satoshi Nakamoto created a mechanism that ensures the slow release of coins over time. This is called the halving mechanism, and it automatically executes every 210,000 blocks. During the halving the block reward is halved, ensuring that the cryptocurrency remains deflationary in nature.

Want To Enjoy The Benefits Of Bitcoin Without Mining?

There’s another way to get in on the Bitcoin action without the use of sophisticated hardware and high electricity consumption. Users can tap into the Bitcoin network by buying BTC directly from their phones through the Tap Global app. The process is simple, takes minutes, and allows you to own your very own BTC. Through the Tap app users can also trade, store and spend their cryptocurrency, with advanced technology facilitating the process on the backend to ensure smooth and secure trading.