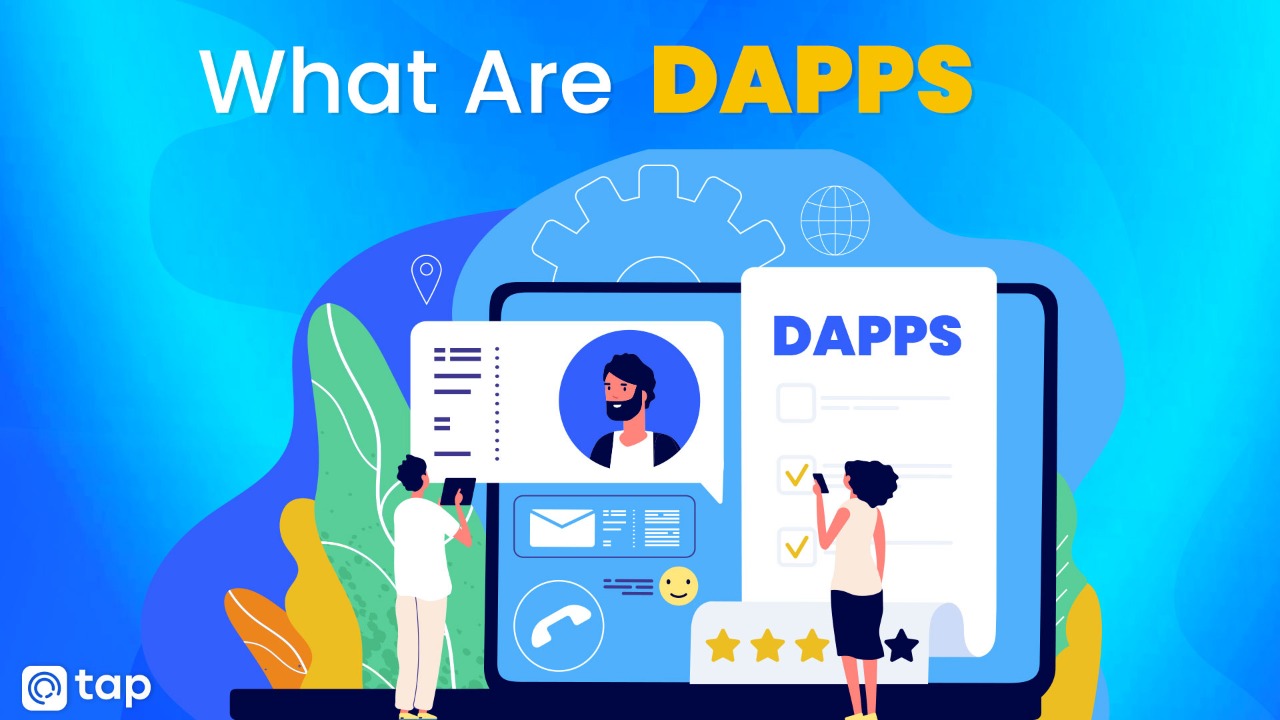 When exploring the world of blockchain and its endless possibilities, it’s likely that you’ve come across the term dapps. But what are dapps? In this piece we explore the concept, decipher their place in the industry, and look at several networks that currently support them.

Decentralized apps, or dapps as they’re more commonly known, are applications that are built on top of peer to peer decentralized networks. Instead of being built on one computer, with one single entity in control, dapps utilize a network of computers based anywhere around the world. With multiple computers operating and maintaining the network, dapps are able to incorporate many streams of content consumption, be it providing content, trading or consuming it.

The Advantages Of Dapps

Compared to standard web apps, like Twitter or Uber, these apps can handle multiple users but only one authority has control over the backend of the app. Dapps provide a more decentralized and secure approach. So while Uber connects passengers to drivers through the app for a portion of the payment, dapps essentially allow the drivers and riders to connect directly, taking no payment for the connection.

Another advantage to the world of dapps is that all transactions are transparent and stored on the blockchain of the network it is built on. Dapps also need a token to operate, which enhances the security of both the dapp and the transactions taking place. Typically dapps are also open source, allowing other developers to view the code and further drive development in the industry.

The Disadvantages Of Dapps

As with anything in life, there are also disadvantages. As the world of dapps is still in its infancy stage, the user base is relatively low. When it comes to blockchain based projects, the more users a network has the higher functioning the network is. Unfortunately, many dapps still have a relatively low user base decreasing the functionality, however that doesn’t speak for all of them. As the blockchain and crypto worlds continue developing and reaching wider audiences, both the usability and users will increase.

Another disadvantage is the potential vulnerability to hacking. As most dapps are created using open source smart contracts, this leaves them open to potential probing from hackers. This isn’t a given, however it has happened in the past that hackers found weaknesses in the network and were able to conduct illicit activities through them.

How Many Dapps Are There?

According to a dapp monitoring website, State Of The Dapps, there are currently roughly 3,500 dapps in the industry. These are spanned across a wide range of networks, including the likes of Ethereum, EOS, TRON, NEO, Steem and more. The website further reports that over $257 million has passed through the dapps industry in just twenty four hours (at the time of writing). Dapps also cover a broad range of subjects, with dapps catering to industries like energy, exchanges, finance, gambling, games, health, identity, insurance, marketplaces, media, property, security, social, storage and wallets. The most widely of which are finance, security and exchanges.

A Look Into Ethereum Dapps

The most widely used network to create dapps on top of, Ethereum has over 2,700 dapps built on its network. Ethereum was the first network designed to provide a blockchain platform on which developers could build their own decentralized applications. Ethereum was also the first network that allowed developers to create and execute their own smart contracts, an essential ingredient to the making of dapps.

According to DappRadar, the three biggest dapps currently on the Ethereum network are DeFi projects and an exchange. Coming in at first place based on its current market cap is Uniswap, a defi protocol (exchange) that facilitates the trading of cryptocurrencies. Uniswap has an estimated 48,950 active users. Also dabbling in the world of DeFi, the second largest dapp on the Ethereum network is compound, a protocol that allows users to lend and borrow crypto. The third largest is MakerDAO, a smart contract that facilitates user interaction with the Dai stablecoin system.

A Look Into EOS

Similar to Ethereum but with fewer transaction fees, the Entrepreneurial Operating System was designed to provide developers with a platform on which to build their blockchain based endeavours. As the second largest platform on which dapps are currently created, let’s explore the three largest dapps currently operating on the network. Coming in first place is Joule, a dapp which promotes financial inclusion and social change through determining the Global Popularity Index in real time. The next two entries both fall into the DeFi category, being Defibox and VIGOR.

The Power Of Dapps

While many dapps are still in the experimental phase, there is also a large amount of money circulating in the industry and millions of users indicating a promising market. Thanks to dapps’ wide use range and the amount of innovation in the industry at present, the dapp industry is likely to continue growing and become a permanent fixture in many peoples’ lives, whether crypto inclined or not.