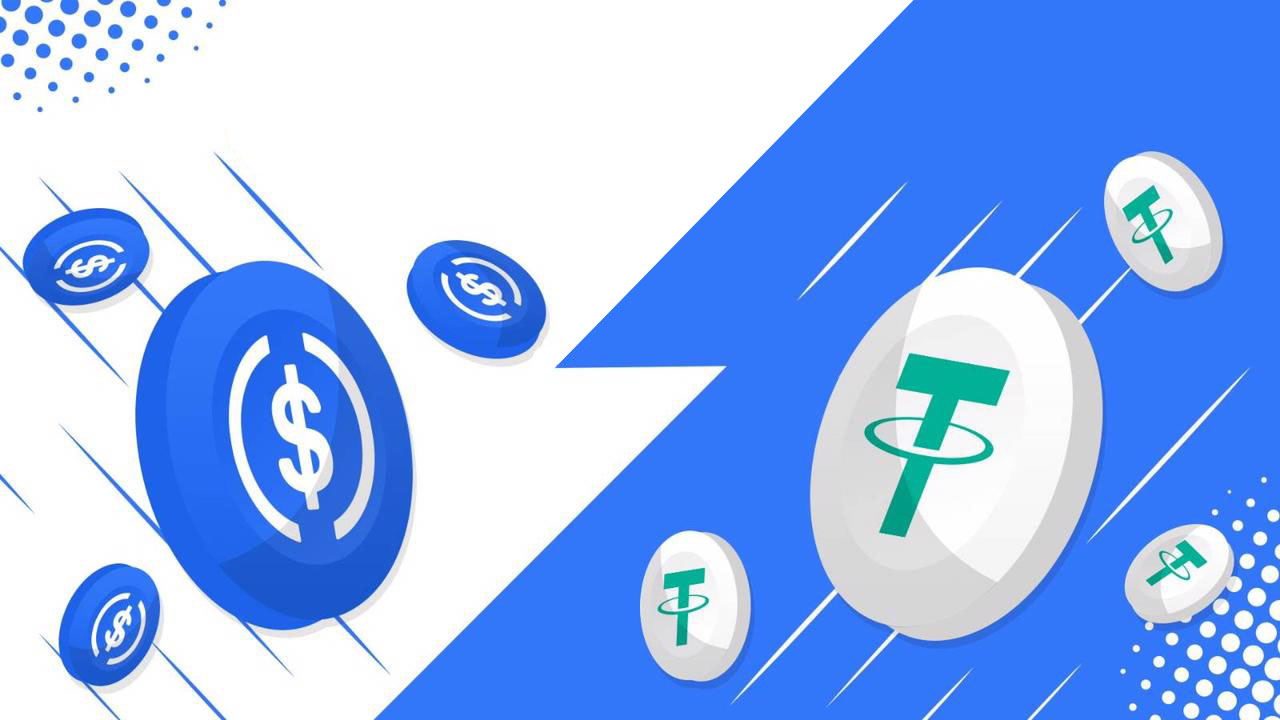 What’s The Difference Between USDT and USDC?

Cryptocurrencies have gained a reputation for being largely volatile investments. While stock too can have their moments (what with Peloton stocks dropping 20% every other day) the crypto market carries the brunt of it.

Thankfully, stablecoins have come to the rescue. While still functioning as digital currencies powered by blockchain technology, stablecoins are pegged to external assets such as fiat currencies or gold, thereby eradicating (most of) their volatility.

A Short History Of Stablecoins

After the advent of Bitcoin in 2009, it was only a few years later that a stable digital asset entered the market. Stablecoins came into existence in 2014 when a Hong-Kong based company named Tether Limited released a coin of the same name. The Tether coins' value was pegged to the US dollar, meaning that 1 USDT would always be worth $1.

In order to guarantee this value, the company held the dollar equivalent in bank accounts. Skip past the controversy surrounding their reserves and lack of financial analysis, and there are now plenty of other stablecoin options on the market.

Seeing the infinite benefits of digital currency transactions and blockchain technology, like speed, transparency and low fees, many companies around the world have created their own version of the stablecoin, mostly improving on the previous release. These coins have proven to be invaluable with businesses and retail merchants around the world.

Today, the two biggest stablecoins on the market are Tether (USDT) and USD Coin (USDC). One can argue whether these are "safe haven" assets, but one cannot deny that these tokens hold most of the advantages that digital currencies hold while eradicating the unpredictable market swings.

In our attempt to better understand the concept, let's take a look at the two biggest stablecoins.

Below we explore the two multi-billion-dollar market cap stablecoins, while they both provide the same service in terms of a digital currency, the companies behind them operate quite differently.

What Is Tether (USDT)?

As mentioned above, Tether is the first stablecoin to enter the market. Launched in 2014, the network was initially built on the Ethereum blockchain but is now compatible with a number of other networks.

Note that the Ethereum-based USDT cannot be traded as a TRON-based token, coins need to stick to their respective blockchain networks as this is how the transactions are processed.

It wasn't long before USDT was listed on the top exchanges, and included in dozens of trading pairs.

Tether Limited have since released a Euro-based stablecoin as well as Tether crypto coin pegged to the price of gold. The downside to Tether falls on the company's reputation surrounding transparency and reserve funds.

There have been several court cases where individuals and regulatory bodies have called for transparency surrounding the funds held in reserves. Tether has since provided access to this information but is yet to go through a third party audit. Regardless, Tether holds the third biggest market cap (at the time of writing).

What Is USD Coin?

USD Coin is a stablecoin created by the Centre Consortium, an organisation made up of crypto trading platform Coinbase and Circle, a peer to peer payment platform. It launched in 2018 as an ERC-20 token and has since climbed the ranks to be in the top 5 biggest cryptocurrencies based on market cap. USD Coin is available on the Ethereum blockchain, as well as Solana, Polygon, Algorand and Binance Smart Chain networks.

The significant bonus that USDC holds over its biggest competitor, USDT, is that the coin is regularly audited by a third-party institution. These audits are made public, allowing any user to verify the authenticity of their USDC value each month. Since launching USDC, Coinbase has removed USDT from its platform.

Which Is Better: USDT vs USDC?

When looking for a stablecoin, these are two of your best options. When deciding which are the better of the two, consider what you will be using these for, and which networks you would ideally like to trade through. While Tether is more widespread, USD Coin is more trustworthy, so at the end of the day, the better of the two is dependent on the holder.

Users can both buy and sell USDT and USDC directly through the Tap app. Simply create your account, complete the KYC process and deposit funds into your digital wallet. Manage your entire crypto (and fiat) portfolio from one convenient, secure location.