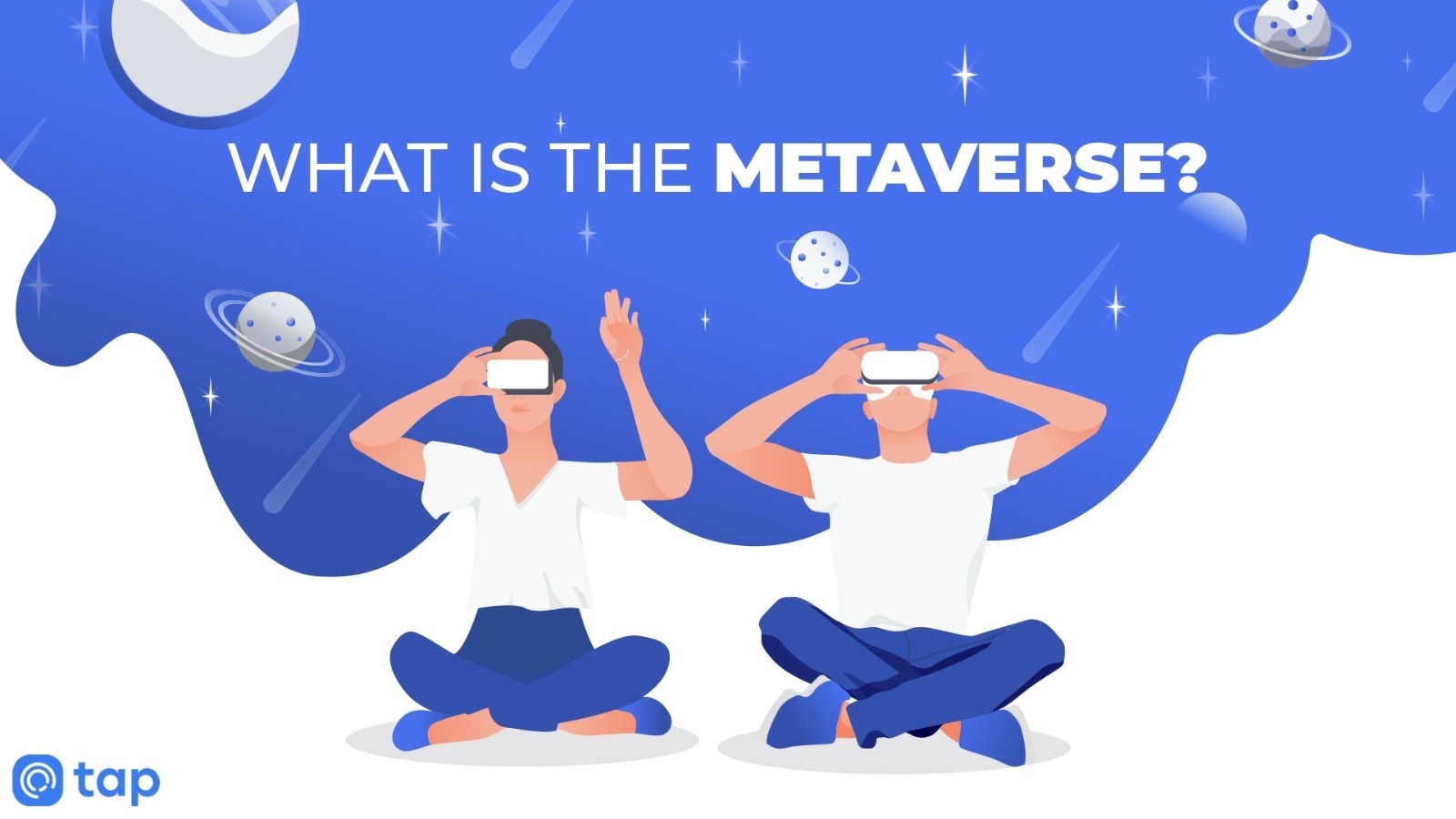 What Is The Metaverse?

The world we are living in is constantly evolving, finding new ways to embrace technology and the impact it can have on our future. From struggling to get a man on the moon to billionaires casually flying up into space, we have come a long way from what was once only dreams.

One thing that has been on peoples' minds for a while is our integration into a more VR-compatible world. If you have seen the movie "Ready Player One" then you know what we are talking about. Although augmented reality and VR is not as inclusive as it could be yet, it offers an escape from our realities via the internet.

Buying a VR headset and visiting Japan would be much cheaper than plane tickets, accommodation, and money for food. This once-off price for VR has provided a new dream for many of us, and there are a few companies taking advantage of this demand in the market.

Although Metaverse is closely tied to Facebook, now called Meta, the term was first coined in the 1992 novel Snow Crash by author Neal Stephenson. The novel followed a dystopic future where people spend most of their time in a virtual reality metaverse. Why Facebook would base their project on a dystopian novel is a question we can't answer. Facebook isn't even the first company to embrace a "VR universe", we have seen game providers such as Epic Games host VR concerts on their platforms, such as the Travis Scott performance.

We have also seen games like Second Life become increasingly popular as social contact has become limited in past years due to the pandemic, providing a relatively safe virtual world for people to interact. While these platforms have come close, nothing compares to what the Metaverse has in store.

"Meta" relates to the Greek origin for the word beyond, while "Verse" is associated with the word universe, meaning beyond universe. The core concept of this idea is to create a virtual reality world, giving us access to everything in our world and beyond. From buying to selling to gaming, to human interactions, and more. There is no limit to how far the Metaverse can go.

The Metaverse could provide a way for humans to experience more at a reduced price and easier access, whether that be school education or leisure activities. In its basic form, the Metaverse is a way for people to integrate into a virtual world and perform complex interactions.

While Facebook, or Meta, has not definitively laid out their plans for the Metaverse and all the more intricate details, there are some things we can expect. So using some creative freedom, basic expectations, and what has been confirmed, these are 5 things you can expect from the Metaverse:

Virtual reality: The most obvious feature we can expect from the Metaverse is that it will be based in a virtual reality world, or universe, accessible through VR-compatible devices.

Workspaces: Another feature to expect is a workspace, whether it be to motivate people, or board rooms designed for teams to have talks, we are sure the Metaverse is making space for work.

Events: We have already seen other platforms host virtual events, this is surely something we will see popping up in the Metaverse. Expect concerts, conferences, and more.

Games: There has already been some confirmation of VR games entering the Metaverse, we may not be sure what games yet, but it would be a waste not to include a community already interested in VR gaming.

Retail purchasing: The Metaverse is geared up and ready to take on retail, whether that be allowing people to buy things through the Metaverse for delivery, or to use on the Metaverse. We can expect VR clothing and merch to be a big feature.

This is just the basics, we believe, with so much more to still be conceptualized and confirmed. The Metaverse, while exciting, holds more praise in its potential than its progress as of yet. Hopefully we will see more fun additions, maybe some VR Disney Worlds or skiing trips down Mount Everest, who knows?

Things You Might Still Be Wondering About The Metaverse

Now that you know the basics of what a Metaverse is and what to expect from the Facebook Metaverse let delve into some other topics. These are the most frequently asked questions associated with the Metaverse:

Not necessarily, we have seen Metaverse-adjacent projects run their virtual worlds without the use of VR or VR headsets. In short, the Metaverse offered by Facebook is being launched as a Virtual Reality world, but that doesn't mean all will be.

Do you need Occulas for Metaverse?

The device of choice, or choices, has not been announced as of yet. We expect the Facebook Metaverse to offer more than one option point for accessibility.

Is Roblox a Metaverse?

At its core basics, yes, it is a virtual world with a variety of interaction options such as retail, socializing, and gaming.

Who owns the Metaverse?

No one person owns the Metaverse, there are multiple companies working to launch their versions of a Metaverse. There is currently no patent on the term or concept yet, although we may see features patented in the future.

Is Decentraland a Metaverse?

At its core basics, yes, it is a virtual world with a variety of interaction options such as retail, socializing, and gaming.

Why is the Metaverse good?

We have highlighted some points, but let's break them down again. It is generally cheaper for some experiences, it is accessible to the world, it's another way for the world to connect, and it's an advancement of technology. There is more, but these are the main focal points.

The Metaverse, whether that be Facebooks' version or another, is a very exciting thing. There are so many possibilities, and ways it can better the world. Virtual protests anyone can join, recovery programs or groups, being able to go to your favorite artist's concert without flying thousands of miles, and more.

The possibilities truly are endless, and we are privileged to be able to be a part of the building's progress. A virtual world, or universe, may have some risks associated with it, but we also see plenty of potential for good. The positives and negatives of the Metaverse are going to vary, from platform to platform, depending on what the company has in store.

While the Facebook Metaverse may be the most mainstream at the moment, there are and will be better Metaverses such as the Microsoft one rising soon enough. So stay tuned as the Metaverse is brought to reality.