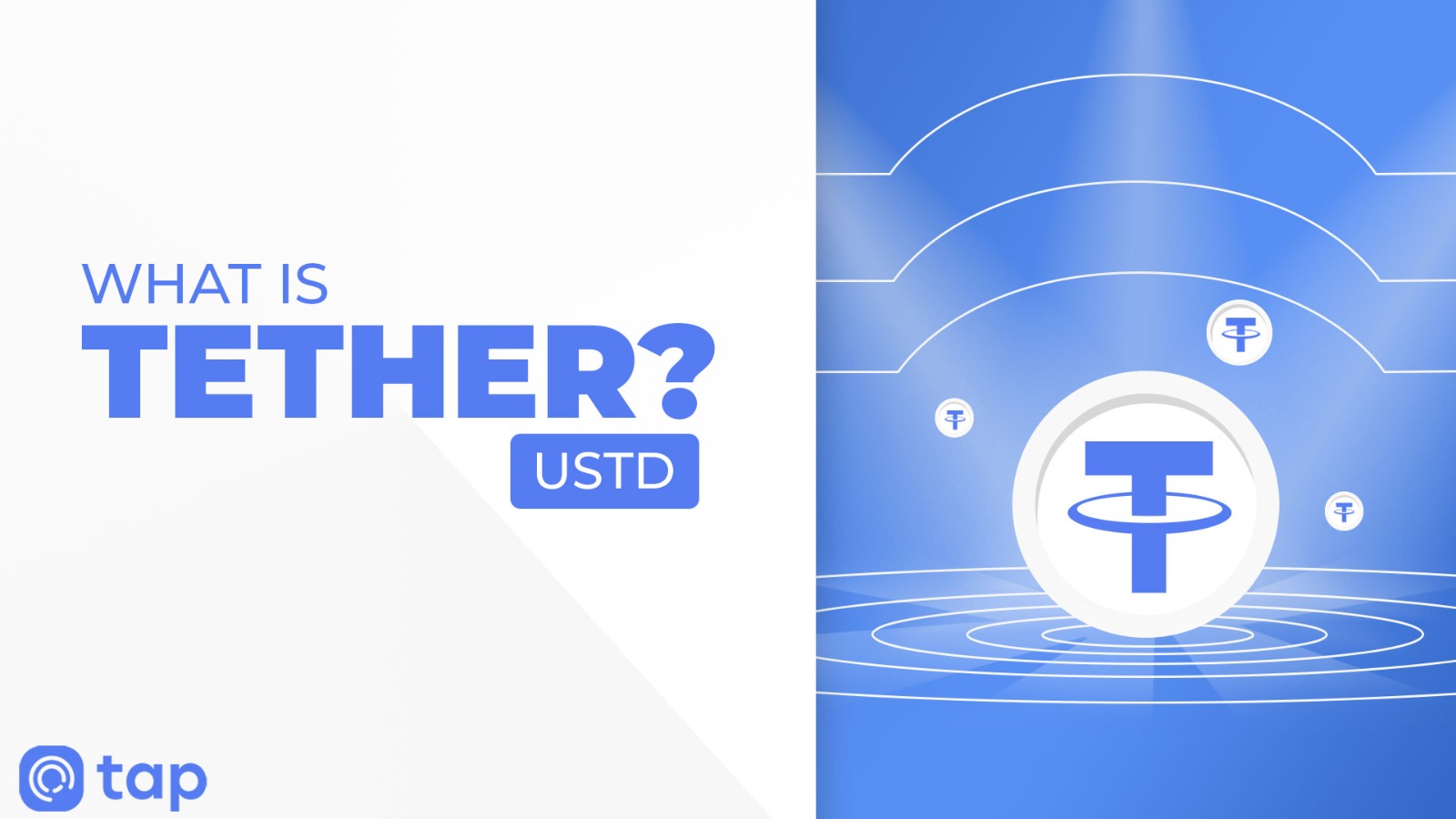 What is Tether (USDT)?

This leading top 5 cryptocurrency has made waves throughout the crypto industry and remains the top favorite stablecoin on the market. With often times the biggest trading volume in a day, Tether has established itself as an integral part of the crypto industry. Let's unpack more about the digital currency, Tether.

Since the advent of digital internet money, there has been a wide growth in usage as well as outcry over the dangers of using this form of currency. While more traditional investors scorn the volatility associated with cryptocurrency markets, many other communities around the world have for the first time been able to access financial services, only needing an internet connection instead of lengthy bank account applications.

When it comes to the underlying security and transparency that digital currencies can provide, it directly tackles an infringing problem that the traditional currency markets regularly deal with. While many claim Bitcoin, and digital currencies in general, to be "risky" and a bubble, the truth is that the new age payment services have brought a multitude of results to an outdated system.

What Is Tether (USDT)?

Tether (USDT) is a cryptocurrency pegged to the US dollar, otherwise known as a stablecoin. Stablecoins hold the value of the fiat currency or commodity they are pegged to on a one-to-one ratio. Tether is the world's first stablecoin, originally launched for trade in 2014 under the name Realcoin.

While Tether was initially launched on the Omni Layer on the Bitcoin blockchain, it has since become compatible with a number of other blockchains, including Ethereum, TRON, EOS, Algorand, Solana, and the OMG Network.

A stablecoin requires the circulatory supply to be matched by funds stored in a reserve account. Tether uses a combination of commercial paper, deposits, cash, reserve repo notes, and treasury bills to maintain the circulating value. In the past there has been some speculation regarding Tether's backing, however, this has not affected the stablecoin's increasing popularity and buying power.

The core concept of Tether is to provide a digital asset with a stable market price that can harness the power of blockchain technology and the benefits of cryptocurrencies without incurring any of the volatility associated. You can visit the Tether site to gain a more thorough understanding of the intricacies of the coin.

What's The Value Of Tether?

For the case of Tether, the value will always reflect that of 1 US dollar. While the value remains the same, it is necessary to report that the stablecoin has managed to become one of the most widely traded cryptocurrencies on the market.

As mentioned above Tether was initially called Realcoin when it was launched in 2014 and was created by Bitcoin investor Brock Pierce, entrepreneur Reeve Collins and software developer, Craig Sellars. It later changed its name to USTether, eventually settling on USDT.

All three co-founders have profound experience within the crypto industry, each co-founding and actively involved in several cryptocurrency and blockchain projects.


How Does Tether Work?

‍
Tether does not have a blockchain of its own on which it operates. Instead, it operates as a second-layer token on top of other already establish blockchains, such as Bitcoin, Ethereum, EOS, Tron, Algorand, Bitcoin Cash and OMG.

Tether still functions like any other cryptocurrency, being stored and maintained through wallets specific to the blockchain it is built on. Note that you cannot send USDT built on the Ethereum blockchain to a Tron-based wallet, it must remain on the relevant, same blockchains. The result of this would be lost coins.

The circulating supply of Tether is required to always be backed by the same amount of US dollars held in a reserve account. These reserves can also be made up of other real-world cash equivalents, assets, and receivables from loans.

Providing a stable digital currency in an otherwise relatively volatile market, Tether allows users to make USD trades, both internationally and locally, without any concerns over price movements. It also provides a valuable hedge against markets experiencing sudden or dramatic price dips.

USDT is a stablecoin pegged to the US dollar on a 1:1 ratio. Created under the Tether brand, USDT is the most widely used stablecoin on the market today. There is an infinite supply of USDT available, with roughly 72.5 billion in circulation at the time of writing.

USDT provides a safe haven for investors when markets go through major downward price trends, offering a stable price to move the value to without having to liquidate the digital assets to cash.

How Can I Buy USDT?

If you would like to incorporate Tether (USDT) into your crypto portfolio you can do so easily through the Tap mobile trading app. After completing a simple KYC verification, users can gain access to a number of crypto markets and can store the digital assets in our unique, integrated crypto wallets.

The potential for blockchain and cryptocurrencies is vast. With the help of the Tap mobile app, you can manage your crypto portfolio and fiat on-the go while also utilising real world use cases like Tap prepaid card that offers payment access to over 40M+ merchants worldwide.