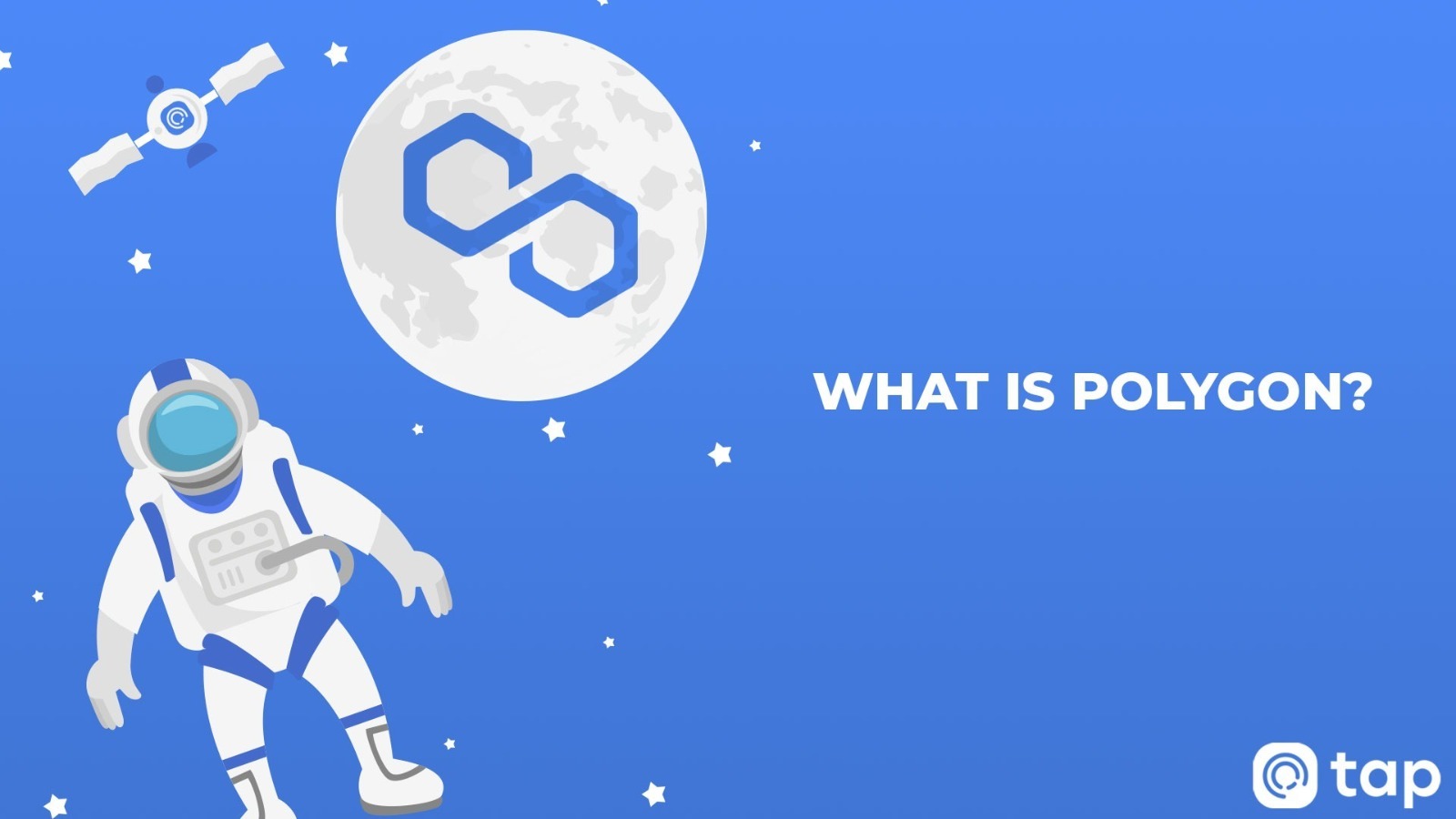 What is Polygon (MATIC)?

Formerly called the Matic Network, Polygon was created as a scaling solution to improve on some of the problems (including transaction price) within the blockchain network. Currently sitting within the top 20 biggest cryptocurrencies based on market cap, Polygon has caught the attention of many crypto investors. In this article, let's explore what Polygon is and discover the services and use cases associated with MATIC.

By providing a framework for generating scaling solutions that are compatible with Ethereum, Polygon aims to guide that future closer to reality. The team has announced the launch of a Proof of Stake sidechain, which has already attracted some interest among the Bitcoin, decentralised apps and cryptocurrency community.

The much-anticipated Ethereum scalability roadmap is now coming into force, and the Polygon initiative is one of them helping to achieve this. Let's take a closer look at the platform.

What Is Polygon (MATIC)?

The Polygon network enables the development of Ethereum-compatible blockchain networks and scaling protocols. Polygon is more of a protocol than a single solution. This is why one of the ecosystem's primary products is the Polygon SDK, which allows developers to create these Ethereum-compliant networks. Designed as a modular, flexible second layer, the network aims to expand Ethereum in terms of size, efficiency, usefulness and security and in turn transform it into a full-fledged multi-chain system.

Polygon uses a Proof-of-Stake consensus mechanism combined with the Plasma Framework. The Plasma Framework facilitates the execution of scalable and autonomous smart contracts, as proposed by Ethereum founder Vitalik Buterin.

Through the platform's intricate technology and architecture, Polygon can process up to 65,000 transactions per second and execute block confirmation in less than two seconds. While Polygon is currently only interoperable with the Ethereum network, in the future it aims to support several other top blockchain platforms.

The network was created by blockchain developers Jaynti Kanani, Sandeep Nailwal, and Mihailo Bjelic all with extensive experience building with Ethereum. The other co-founder, Anurag Arjun, is the only founding member to come from a non-programming background and serves as a business consultant and product manager.

After a successful ICO in 2017 and 2019, the team raised over $5.6 million. The Matic Network was later launched in 2017, before undergoing a rebranding in 2021 to the Polygon network as it is known today.

How Does Polygon Work?

Polygon is a multi-chain platform that makes use of a network of side chains to facilitate transactions in an effective and cost-efficient manner. Bound to the Ethereum blockchain, Polygon can handle many different protocols, including the recently popular DeFi movement.

Polygon has similar functionality to other blockchain platforms like Polkadot, Cosmos, and Avalanche.

Through the platform, users are able to build Ethereum-compatible decentralized applications (dapps) using sidechain architecture and connect them to the main blockchain.

Through the PoS mechanism, users are able to stake MATIC in order to validate transactions as well as vote on network upgrades. The platform also uses a process known as PoS 'checkpointing' which revolves around a select team of block producers being appointed to each checkpoint by the stakers on the network.

These producers enable the platform to create blocks at a rapid pace as well as maintain decentralization by delegating PoS checkpoints to the main Ethereum chain. Block validation happens when periodical proofs of blocks are published by the block producers.

The Polygon network allows you to execute almost all of the same functions as Ethereum, but with fees that are significantly lower.

Matic is the native cryptocurrency to the Polygon network and gets its name from the platform's former name. MATIC is a utility token centred around providing governance rights and securing the network, as well as being used for staking and gas fees on the platform.

As a sidechain, it runs parallel to Ethereum. It's used for fees, staking, and more. Polygon is a "layer two" or "sidechain" scaling solution that runs alongside the Ethereum blockchain - allowing for speedy transactions and low fees. The end goal of Polygon is to achieve millions of transactions per second.

The Polygon Network uses its own cryptocurrency, MATIC, to pay fees on the network, for staking, and for governance (meaning holders of the token get to vote on changes). The acronym MATIC is derived from Polygon's earlier days. Polygon was launched as Matic Network in October 2017, but developers changed their name to Polygon in early 2021.

Polygon's MATIC token is an ERC-20 standard utility token based on Ethereum. The token allows for low fees and instant transactions, just like the rest of the Polygon ecosystem. The maximum supply of MATIC is 10 billion coins, with new coins released into circulation on a monthly basis. At the time of writing roughly 70% of this total supply has entered circulation with all coins scheduled to be released into circulation by December 2022, according to the official schedule. With a maximum supply capped at 10 billion, this is making MATIC deflationary.

How Has The Price Of Polygon (MATIC) Changed Over Time?

Let's explore the MATIC price performance, looking at the value in US dollars. After a launchpad sale selling MATIC tokens at $0.00263 per token in April 2019, MATIC soon began trading at $0.0044 once launched on its own network.

For the next nineteen months, the price ranged between $0.01 and $0.03, before gradually entering a more bullish trading period in early 2021.

Opening the year at $0.01, the price reached $0.41 in March before soaring to its current all-time high price of $2.68 achieved in mid-May. Following the price peak, the price soon dropped to $1.08 in the next five days, before correcting to $2.21.

In July 2021, the MATIC price reached a low of $0.61 before embarking on a gradual uptrend. How much is Polygon worth? Several months later and at the time of writing MATIC was trading at $1.60.

What Factors Can Affect The Price Of Polygon (MATIC)?

There are several factors affecting the price of the Polygon token, MATIC. The most pressing factors are the demand for the token (people buying and selling the cryptocurrency) and the number of users looking to participate in staking.

Other factors include the general crypto economics, the market sentiment, the project's fundamental and technical developments, the news surrounding both the MATIC market and cryptocurrency market in general, and how actively the token is traded on exchanges (inflow and outflow). Regulation announcements also typically affect the price of cryptocurrencies as consumers outside of the market gain more confidence in digital asset investment.

How To Buy MATIC

MATIC is one of the many cryptocurrencies tradable on Tap, providing users seamless access to the growing cryptocurrency market. Users can buy, sell, trade, and store a variety of top cryptocurrencies through the simplicity of our Tap mobile app with an integrated digital wallet.

Tap is the best place to buy, sell, trade, and hold MATIC in the United Kingdom and European regions. Signing up for a Tap account enables you to buy, sell, and hold fiat and cryptocurrency and be a part of the financial revolution.

You can read more in-depth articles on cryptocurrency coins and tokens and study how cryptocurrencies like MATIC work in our crypto basic blog.