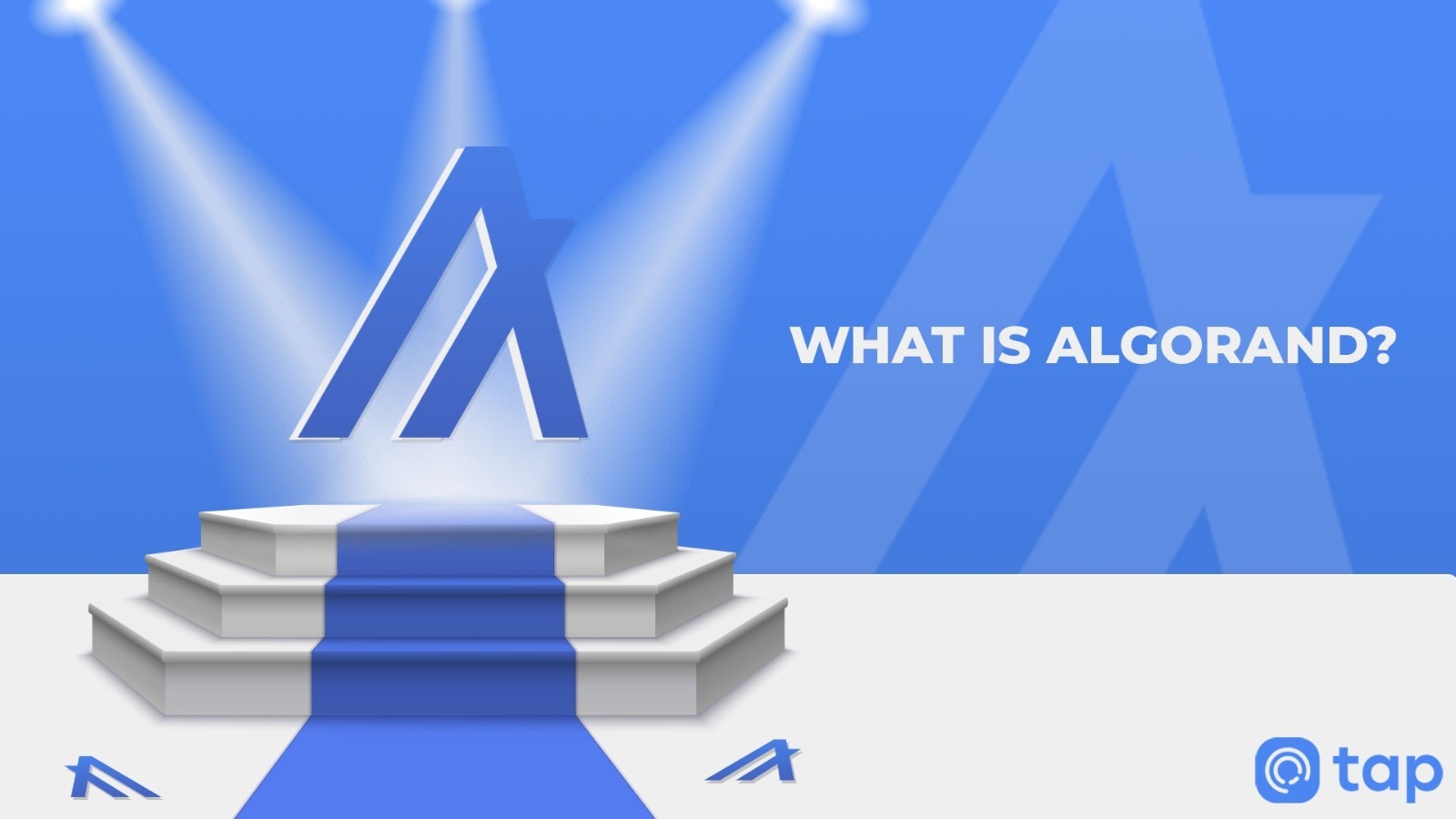 What is Algorand (ALGO)?

In this article, we’re exploring the most recent addition to the list of supported cryptocurrencies on the Tap App, one of the highly esteemed top 20 cryptocurrencies based on market cap, Algorand (ALGO).

What Is Algorand (ALGO)?

Algorand is a decentralized blockchain platform that supports the development of a wide range of dapps (decentralized applications). The platform has been used to create dapps across industries like real estate, copyright, microfinance and more. Launching the same month as its ICO, the Algorand mainnet officially went live in June 2019.

The Pure-Proof-of-Stake (PPoS) network was created to improve efficiency and transaction times within the crypto space, as well as reduce transaction costs. With no mining (due to the PPoS consensus), Algorand represents a more sustainable and energy-reserving contribution to the space.

A unique aspect of the platform is that as new ALGO enter circulation with the creation of each new block, the newly minted coins are distributed to everyone who holds a certain amount of ALGO in their wallets.

While the project is relatively new, it has received the backing of big names and has seen impressive company interest. In June 2021, Arrington Capital bet $100 million on the platform after launching a fund supporting initiatives building on Algorand, while fintech infrastructure provider Six Clovers launched a cross-border payment system on the platform.

The platform was also selected to host the Marshall Islands CBDC.

The blockchain platform was created by Silvio Micali, a highly regarded contributor to the crypto space and recipient of the 2012 Turing Award. The MIT computer science professor was recognised for his fundamental contributions to “the theory and practice of secure two-party computation, electronic cash, cryptocurrencies and blockchain protocols.”

When first conceptualised in 2017, Micali wanted to create a platform that not only provided digital transactions but also tracked assets like titles and property. The platform also allows for the creation of smart contracts (decentralized digital agreements) and tokens.

How Does Algorand Work?

Through the pure proof of work consensus, the two-phase block production is conducted through a propose and vote system where users who stake ALGO are randomly selected to validate and approve each block as it is created. Stakers only need to hold 1 ALGO in order to generate a participation key necessary to become a Participation Node.

These nodes are coordinated by Relay Nodes which are not actively involved in the verification process but are responsible for facilitating communication among the Participation Nodes.

The more of the native cryptocurrency a user holds, the more likely they are to be selected. This consensus ensures that the platform is secure, decentralized and able to process transactions in seconds as opposed to minutes (as on other networks).

Algorand is able to process over 1,000 transactions per second (TPS) and validate transactions in less than five seconds.

ALGO is the native token to the Algorand platform. As the newly minted coins are distributed to all users holding ALGO (whether on an exchange or in a non-custodial wallet) and not just the nodes verifying transactions, holders of the token are able to earn a 7.5% annual percentage yield (APY).

A total of 10 billion tokens were minted, with roughly 6.8 billion in circulation at the time of writing. These tokens are gradually entered into circulation through predetermined distribution channels. The token distribution for ALGO is as follows:

How Can I Buy ALGO?

If you’re interested in accumulating this leading blockchain token, you can do so effortlessly through the Tap app. As part of a new string of supported tokens, Tap users will now be able to buy, sell, trade and store the cryptocurrency that everyone is talking about.