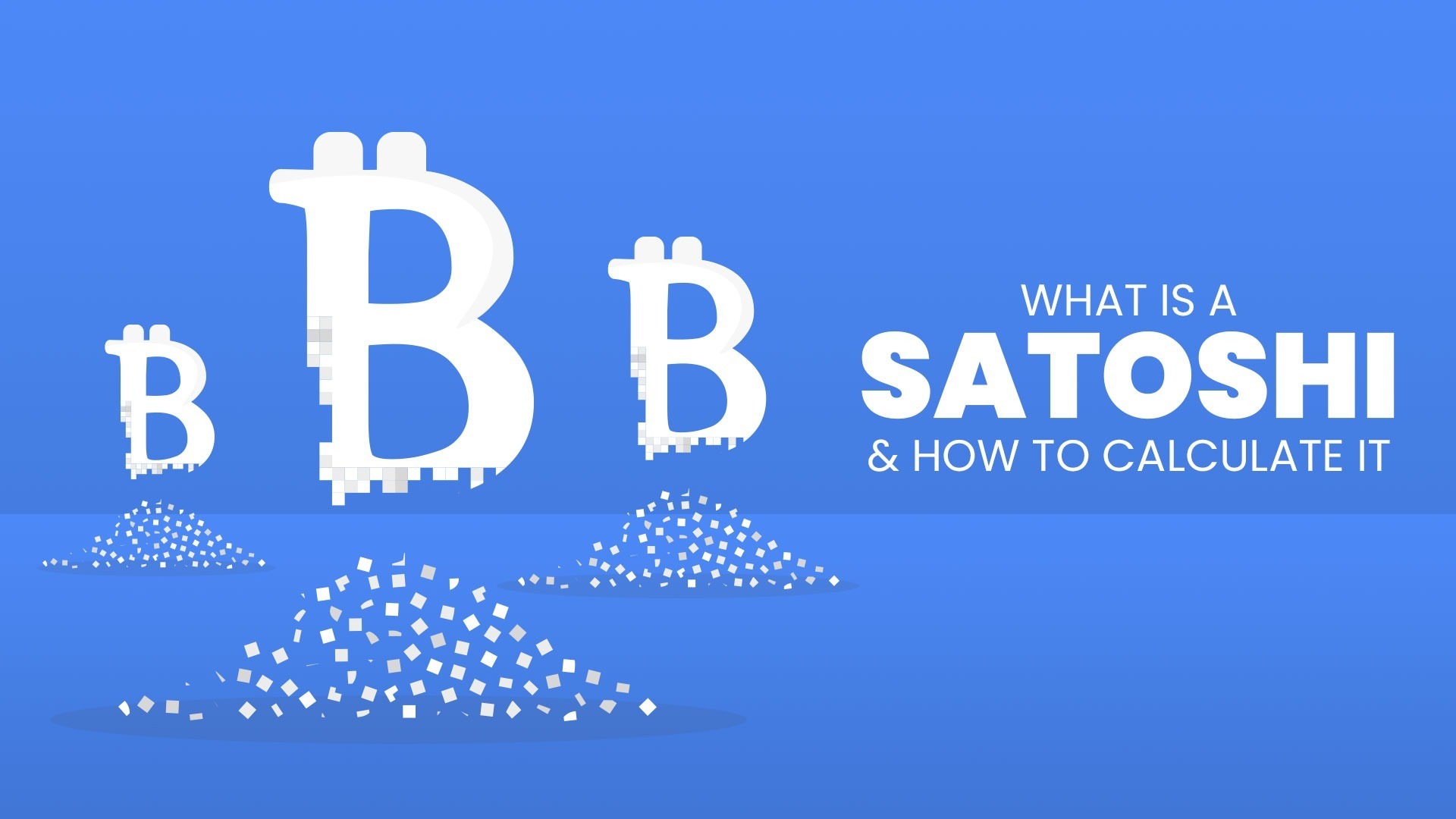 What Is A Satoshi And How To Calculate It

When Satoshi Nakamoto created Bitcoin, they designed it in such a way that should the value increase dramatically, there would still be an inclusive decimal value for the masses. Satoshis could one day be how we buy a cup of coffee anywhere in the world, using the same currency from Britain to Japan.

How Many Satoshis Are In A Bitcoin?

See the table below illustrating the various values of Bitcoin vs satoshis.

How Many Satoshis Are In A Bitcoin, Exactly?

As defined by the technology, only 21 million Bitcoin will ever exist, meaning that there will only ever be 210,000,000,000,000 satoshis. That's a tough figure to wrap your head around. As indicated above the link between satoshis and Bitcoin is several decimal places, certainly not calculations we were taught in school. A less complicated notion to digest is that satoshis were named after Bitcoin's creator, Satoshi Nakamoto.

The creator of the peer-to-peer digital currency outlined in the Bitcoin white paper the decimal places that Bitcoin is divisible by. Throughout the whitepaper, they only referred to two measurement units, Bitcoin itself and satoshis. Several years down the line as the BTC price continued increasing, market research and various discussions resulted in the decision that more measurement units were required.

When taking a glance at your Bitcoin wallet you can choose to see satoshis, microBitcoins or miliBitcoins. By any account, it will likely take a few years before we're referring to buying goods in SATs.

How To Calculate SATs

As we've already established in the information provided above, 1 BTC is worth 100,000,000 SATs. While one could do the maths, there are plenty of tools available online that can do the sums for you. Better yet, as satoshis are recognised as universal units of value, you can change the currency setting on several sites.

For instance, on Coin Market Cap, you can change the default currency to SATs by selecting the currency drop down option in the top right-hand corner. Select the Satoshi option under Bitcoin units.

This will then display all values as satoshis.

Alternatively, you can use one of the many satoshi calculators available online, which will instantly convert your currency value into SATs. In the future when using SATs as a form of payment, the value owed will likely be presented to you in the same form, allowing for a much easier consumer experience.

SATs are used by the Bitcoin network and crypto exchanges. Miners on the Bitcoin blockchain use SATs to determine the fee owned to them for transactions validated, while some exchanges use SATs to measure altcoin's value and performance against Bitcoin.

It is likely in the future when Bitcoin is fully integrated into our financial systems that prices in shops and supermarkets will be reflected as a value in SATs as opposed to BTC.